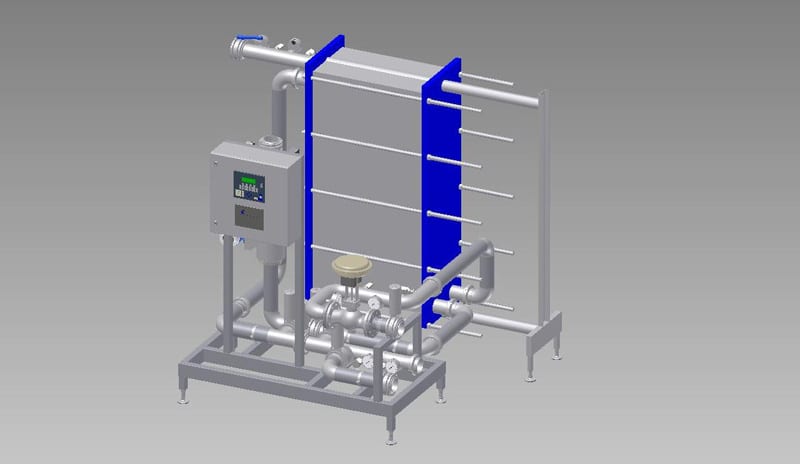 The Wort Cooler reduces the temperature of wort to the required pitching temperature. In breweries, cooling is typically performed after wort boiling and trub separation.

For wort cooling a plate heat exchanger is used. The cooling process is done in one or two stages. In a single-stage process cold brewing water is used as the single cooling medium. The brewing water can be cooled to approximately 34°F (1°C) in a separate chiller operated with glycol, ammonia or brine.

In a two-stage process, the hot wort is first cooled by brewing water to approx. 68°F (20°C) and then by glycol, ammonia or brine to the pitching temperature. The warm brewing water can also be used for the next brew.